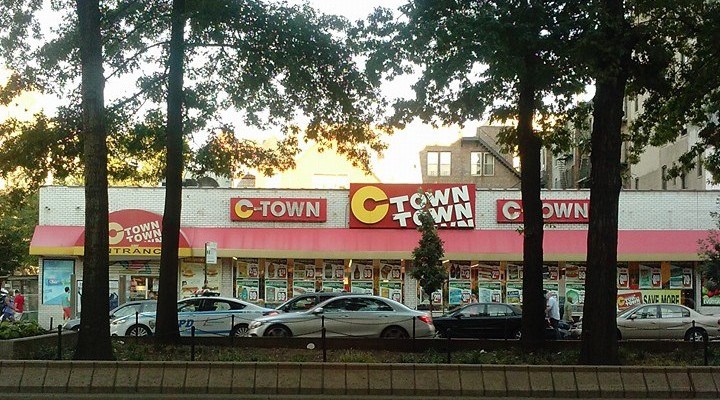 When I first moved, I was lucky to have the convenience of two local supermarkets in addition to the primarily outdoor fruit shops on Broadway. Sure, both of these supermarkets were C-Town but one was at 145th and the other at 150th. While I preferred to walk the twenty plus blocks to Fairway for produce and meat, either C-Town was suitable for non-perishables or cleaning supplies.

Fast forward two years later, get off at 145th and you will see a newly refurbished Key Foods in place of C-Town. After the remodel, this location boasted a small deli, a slew of Mrs. Meyer’s notoriously green cleaning products, and flashy new register displays. Now, three years later, the remaining C-Town has retaliated with a bigger deli, mock hardwood floors, and an impressively laid out produce section. 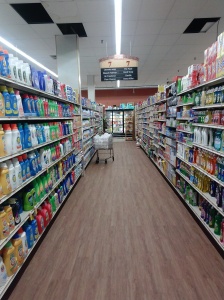 Touche indeed! With the aesthetics increased tenfold, C-town showed that it is here to stay. While I still enjoy my Fairway trips, as I feel any New Yorker will understand (hello barrels of pickles and olives!), I no longer fight a guilty twinge of embarrassment for my local grocery. The feel of both sets of staff is still that of the C-Towns of yore, with chatty cashiers, the majority of which are female, having conversations in Spanish and snacking at the register during down time and less talkative men of all ages bagging your items next to tiny white bowls for tips. There are also no uniforms that I have seen. I speak not only as a customer but as a former cashier myself at the large supermarket chain Stop and Shop. These observations are not meant to be put downs, just a recording of facts that I feel will probably change in the coming years. Ultimately, there is a sense of character and identity that I am a little saddened to see inevitably phased out of my neighborhood.